CALIBRE 50 IN CONCERT:Regional Mexican outfit Calibre 50 may be new on the scene, but they've already made great strides towards becoming legends of the corrido with their smart songwriting and tireless touring. Featuring traditional Sinaloan instruments like the tuba and the twelve-string guitar, the quartet's live shows evoke the region's placid, sun-drenched landscapes through narrative ballads of love and struggle. A constant touring presence in their native Mexico, Calibre 50 will bring a much-anticipated slice of Sinaloa to US fans on select 2014 tour dates. BACKGROUND SNAPSHOT:Formed in 2010 in Sinaloa, Mexico, Calibre 50 made their album debut that same year with Renovar o Morir, a powerful collection of narrative songs depicting regional themes like local rivalries and the seedier side of rural Mexican life. 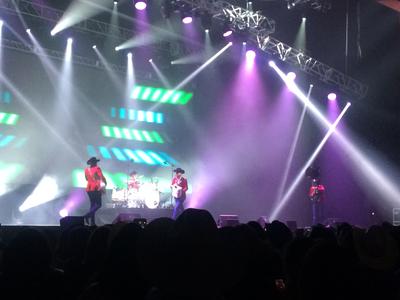